Explore Salt Island in the BVI 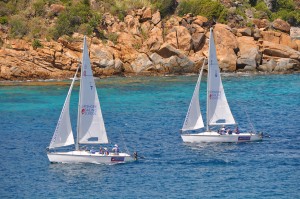 If you’re looking for a fun and exciting day trip while staying at Scrub Island Resort, Spa & Marina, Salt Island is a popular spot with unique history. Scuba divers and snorkelers; this is a must-see, must-experience dive site in the Caribbean — so don’t forget to pack your gear!  Or, you can rent gear from Dive BVI in the resort’s Marina Village.

Salt Island is one of the archipelago islands in the British Virgin Islands located about 4.7 miles south east of Road Town, the main town of Tortola. It’s also home of the RMS Rhone wreck, one of best scuba diving sites in the Caribbean. Salt Island was given its name after its salt ponds, which were once an important resource and visited by many to harvest and collect salt blocks. 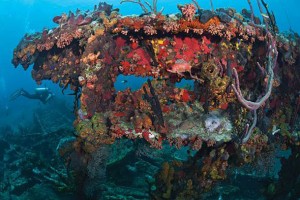 On October 29, 1867, a hurricane hit the island area and sank the Royal Mail packet steamer (RMS Rhone) who was driving back on Salt Island attempting to head to safety at sea. The wreck killed most of ship’s crew and many bodies were buried in a mass grave on Salt Island, which is a short walk from the main beach. Divers of this site may catch some of the underwater scenes in the film The Deep, which was filmed all around the wreck site and stared Jacqueline Bisset. The hatch you saw in the movie is the actual entry divers use on the real ship. Visibility of the wreck is usually good — between 60 and 100 feet. The bow and midsections are sometimes susceptible to strong currents, so be sure to go with someone familiar with local conditions and dangers.

The island itself is fun for history buffs, hikers and explorers. You won’t find many houses or establishments as the population of the island hasn’t been more than three people since at least 1980. There are no restaurants, snack bars, or stores and no electricity or portable water. Salt Island gives a unique glimpse into the past.

Fun Fact: The residents pay an annual rent to the Queen of the United Kingdom, delivered by the Governor, of a one-pound bag of salt.

Traditionally, the harvesting of salt was once an annual tradition of Salt Island going back to days of Queen Victoria in 1867. Residents would gather once a year to harvest the salt from the lake. It was customary for the Administrator of the Virgin Islands and later the Governor of the Virgin Islands to send one pound of salt to the Monarch on the Queen’s birthday. The tradition faded for many years, but just recently in 2015, Governor John Duncan decided to renew the tradition. He took the pound of salt to London and presented it to the Sovereign in March 2015. At their meeting the Governor gave Her Majesty the pouch of salt as a gift from the people of the Virgin Islands. Later, at the annual parade celebrating the Sovereign’s official birthday on June 13, the Governor announced that the tradition of presenting a pound of salt would be renewed as a tradition in future years and forever more.

If you’re interested in visiting Salt Island be sure to visit our dive shop and speak to Dive BVI, or visit the Scrub Island Resort Concierge to charter a day excursion.